NORTH CAROLINA RANKINGS: A LOOK AT THE TOP 10 POINT GUARDS IN THE 2020 CLASS

The 2020 rankings haven’t been updated just yet but with summer coming to a close, it’s time to look at the Top 10 point guards in the state of North Carolina.

Shakeel Moore kicks off the list as the top point guard prospect in the state. Moore recently announced his intentions to transfer from Piedmont Classical to Moravian Prep, making their squad one to watch this upcoming season.

The 6-foot-1 guard committed to NC State in the Fall of 2019. He’s a point guard that locks up on the defensive end and turns steals into high-flying dunks and big plays on the offensive end. He’s got tons of leaping ability and strength

Djimon “Dji” Bailey is a big point guard that’s already committed to Wake Forest. He attended Greenfield School last season, a team that posted a 33-4 record in the NCISAA 1A division while going undefeated in conference action as well.

Bailey has emerged as a solid playmaker and underrated scorer at his position. He uses his long wingspan well on defense and is quick to get steals and get out on the break and knock down shots from anywhere on the floor. He’s got a nice midrange game and can finish above the rim when needed. Look for his status to grow this high school season.

There’s a fast-rising prospect at Millbrook High School by the name of Nolan Dorsey that’s starting to catch the attention of college coaches. Dorsey is a 6-foot-6 point guard that locks up on defense and crafty on offense. He’s got solid handles and makes plays for those around him as he did for much of the summer.

Nolan signed with New Mexico in the Fall 2019.

Jajuan Carr is a high-flying point guard prospect listed at 6-foot-2. He’s a premier slasher with the ball in his hands that plays above the rim and dunks on defenders. Carr put up 20.7 points per game along with 3.3 rebounds per game this past season as a junior at Pender and after a strong summer, he’s drawing the interest of mid-major and high-major programs alike.

So far, he holds offers from East Carolina, Rider and USC-Upstate. His recruitment is due to really pick up when the high school season arrives.

Independence High School has a chance to be a solid team this upcoming high school season and a lot of that has to do with the growth of 6-foot point guard Anthony Allen. Allen’s recruitment has really picked up this past spring and summer thanks to his ability to get to the rim and shoot the basketball.

He ran with DTA Elite this past summer and thanks to his play, earned offers from Mount Olive, Lees-McRae, Ride and Mars Hill. He’s emerged as a solid DII prospect of late and could very well move up into a low-major situation at the DI level.

Justin Wright makes up half of one of the toughest backcourts in the state of North Carolina. 2021 guard Terquavion Smith is already committed to NC State while Wright’s recruitment looks to be wide open.

Farmville Central went 32-0 this past season, avenged their loss against Greene Central and they’re ready to do it again with Wright leading the way at point guard. What a great get for NC Central in landing Justin Wright.

Trayden Williams is one of the toughest defenders in the 2020 class, especially at the point guard position. He locked up full court for much of the summer while playing with Team Charlotte. On offense, he’s an underrated scorer and has a high IQ for making plays with tons of talent around him.

Dylan Blake is listed as a point guard, but he’s just as lethal on the wing as he is with the ball in his hands. He can create off the dribble or running off screens, making him a versatile option on offense, despite his height at 6-foot. First Flight fits his style of play to a T as they’re one of the top 3-point shooting teams in the state.

He’s due to become their primary option in 2019-20, which should really benefit his recruitment. Blake holds offers from High Point and Young Harris College.

Creighton Lebo is an underrated combo guard that can score it and make plays at Greenfield School. He plays alongside Wake Forest commit Dji Bailey in the backcourt, which should benefit him as he enters his final season. Lebo is relentless at getting to the rim and a solid shooter when left open. His midrange game is underrated as well.

He currently doesn’t hold any offers but with his toughness and high IQ, he’s bound to draw the interest from a few college programs, especially in the state. 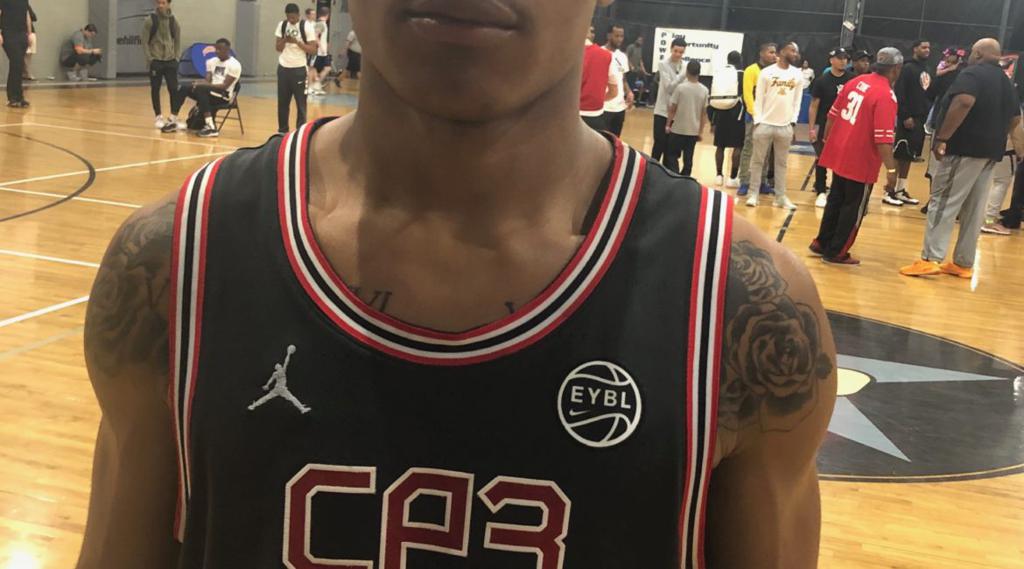